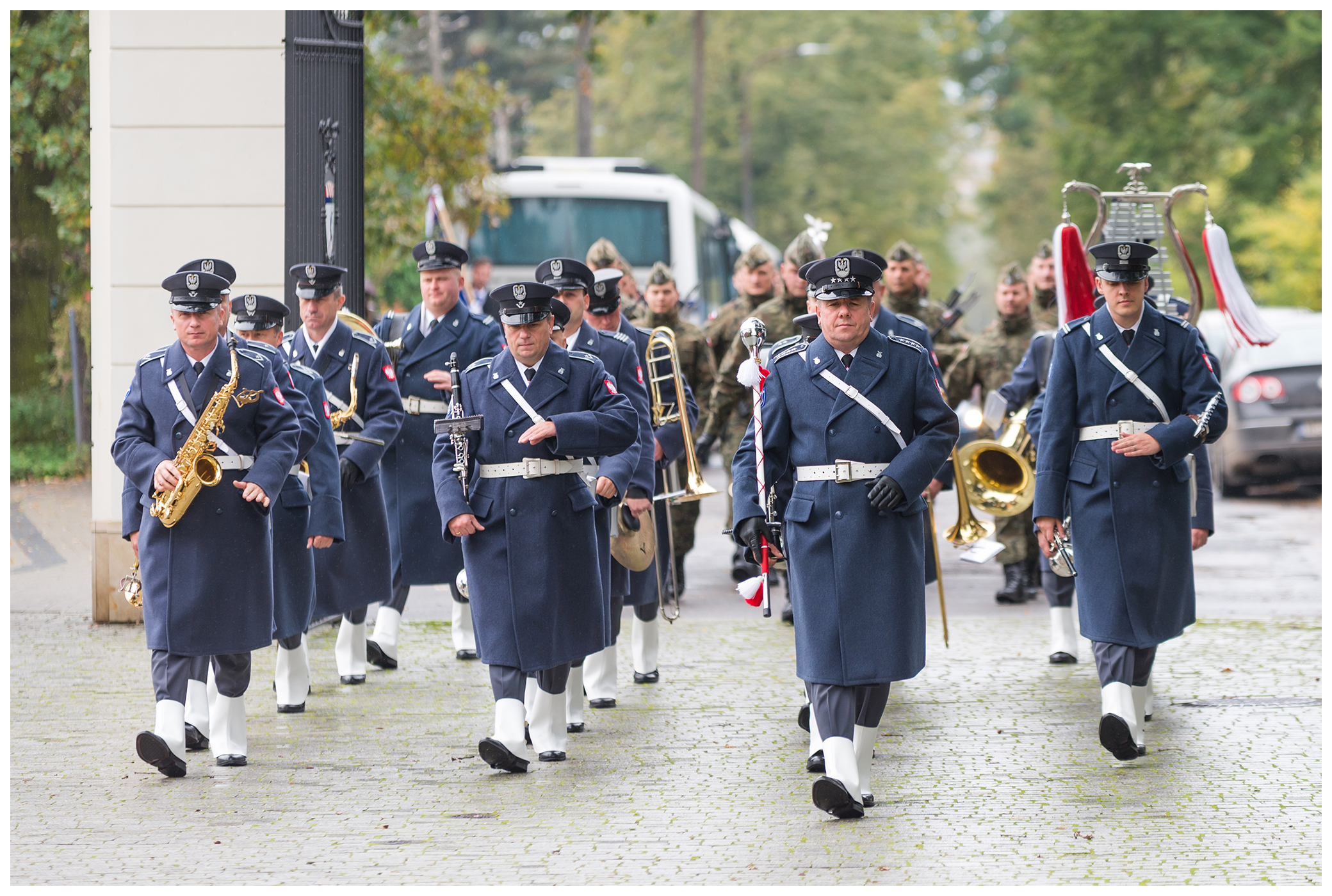 October 11, 2017, marked the Polish Casimir Pulaski Day. This year, both nations celebrated the 238th anniversary of the Hero’s death, with U.S. Ambassador Paul W. Jones presence making the celebration all the more memorable.

The official part of the ceremony took place at the foot of the Pulaski Monument in Warka-Winiary. Numerous color guards, representing various public offices, organizations, institutions, and schools were accompanied by a Radom-based military band, the Honor Guard from the First Radio-Electronic Grojec Military Center located in Ogrodzienice near Warka, and various individuals.

Finally, representatives of other organizations and schools named after Casimir Pulaski in Warka, its environs, and the entire country complemented the list. The event organizers were happy to welcome members of Casimir Pulaski Warka Town Boosters, headed by Chair Danuta Sadowska; Mr. and Mrs. Wojciech and Bozena Prus-Wisniowscy, running the privately-owned Regional Museum in Gora Kalwaria; students with the Casimir Pulaski Vocational School in Czestochowa, led by Principal Tomasz Dobosz; students with the Casimir Pulaski 2nd Public Elementary School in Warka headed by Principal Maryla Szajner; and many other distinguished guests. 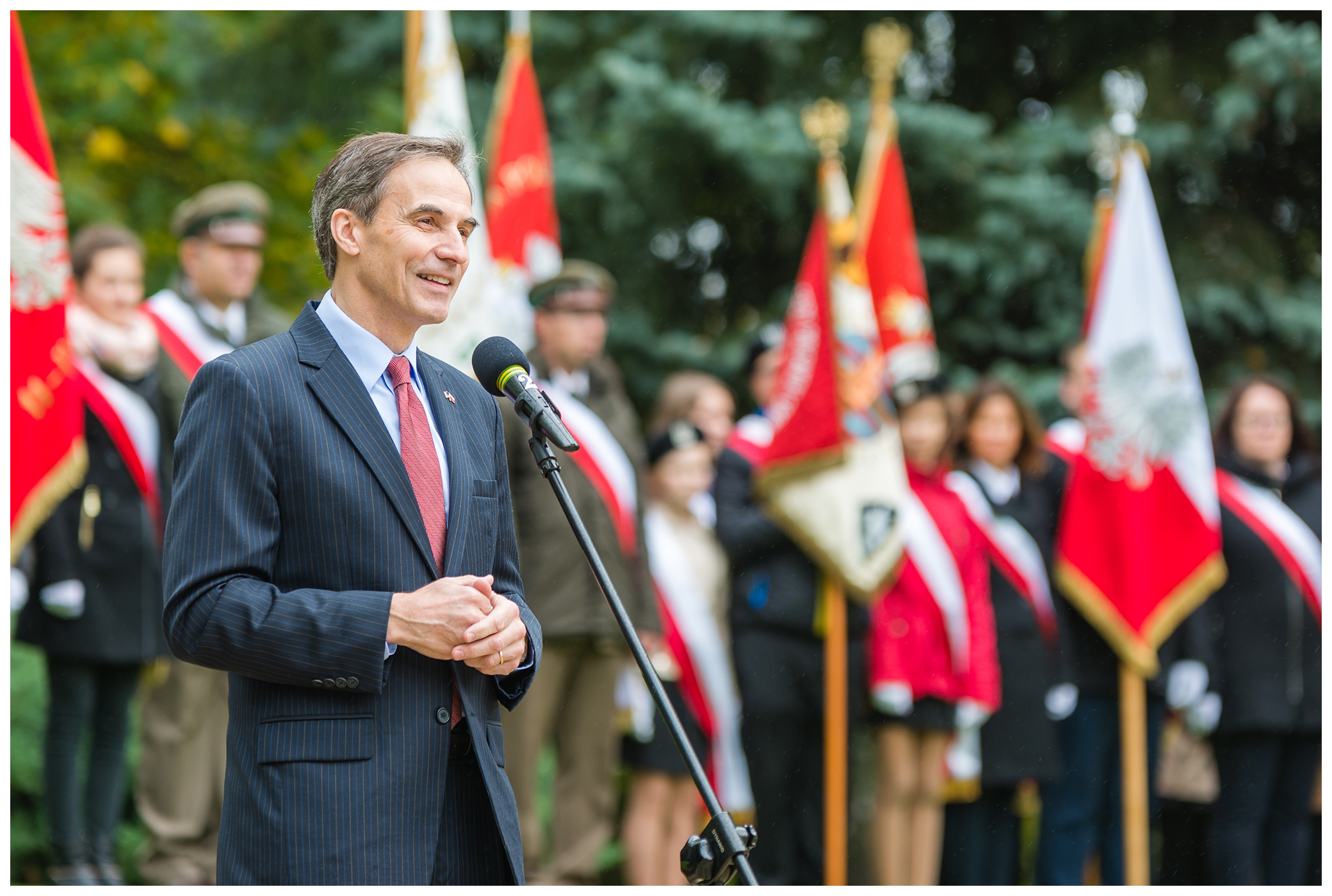 Once the national anthems of Poland and the United States of America had been played, Museum Director Iwona Stefaniak welcomed the gathered. In the subsequent speech, Ambassador Paul W. Jones emphasized the significance of Casimir Pulaski in the United States as a symbol of fighting for freedom. The honorable ambassador reminded the gathered that this year’s parade in New York had attracted 250,000 individuals and representatives of various organizations from across the United States and Poland.
Senator Maciej Luczak addressed the public on behalf of Senate Speaker Stanislaw Karczewski by reading a commemorative letter. The Casimir Pulaski Museum hosts, Grojec District Governor Marek Scislowski and Museum Director Iwona Stefaniak, stressed the importance of Pulaski Day, especially with respect to shaping the young generation. The latter flocked to commemorate Casimir Pulaski, which was highly appreciated.

It is worth noting that first graders with the Casimir Pulaski 2nd Public Elementary School with Inclusion Program in Warka underwent an official nomination ceremony as part of the celebrations. The students deserve a medal for their dedication. They withstood the cold weather and the public was taken with them. Having sung a song, they presented our dear guests with white flowers, thus warming all the hearts. 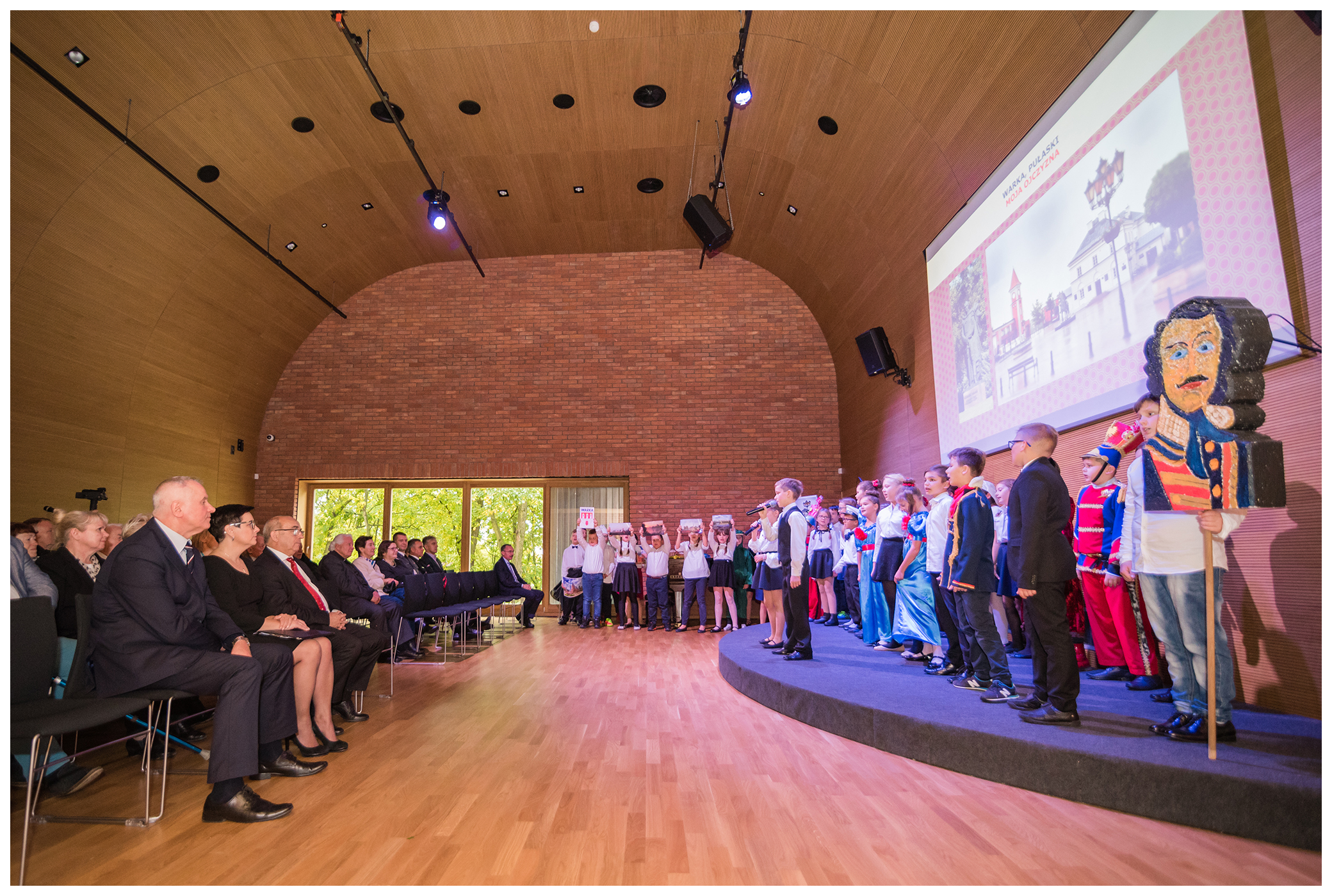 Later came a time for the Memorial Appeal to be read, and the Honor Guard with the First Radio-Electronic Grojec Military Center performed a gun salute to honor General Pulaski. Representatives of the above institutions, organizations, and schools laid wreaths at the foot of the Casimir Pulaski monument, after which the gathered proceeded to the Museum and Education Center, where students from Casimir Pulaski 2nd Public Elementary School performed a play on their hometown, Poland, and Casimir Pulaski, incorporating verbal and musical clues. The children received a well-deserved standing ovation.

The latter part formed an excellent opportunity to summarize the 50 years of celebrating the Polish Casimir Pulaski Day in Warka, and the corresponding exhibition of relevant photographs touched many, thus making us wonder: How will this year’s celebration be remembered in 50 years?