Revitalization of the Palace and Park Complex in Warka 2008-2015 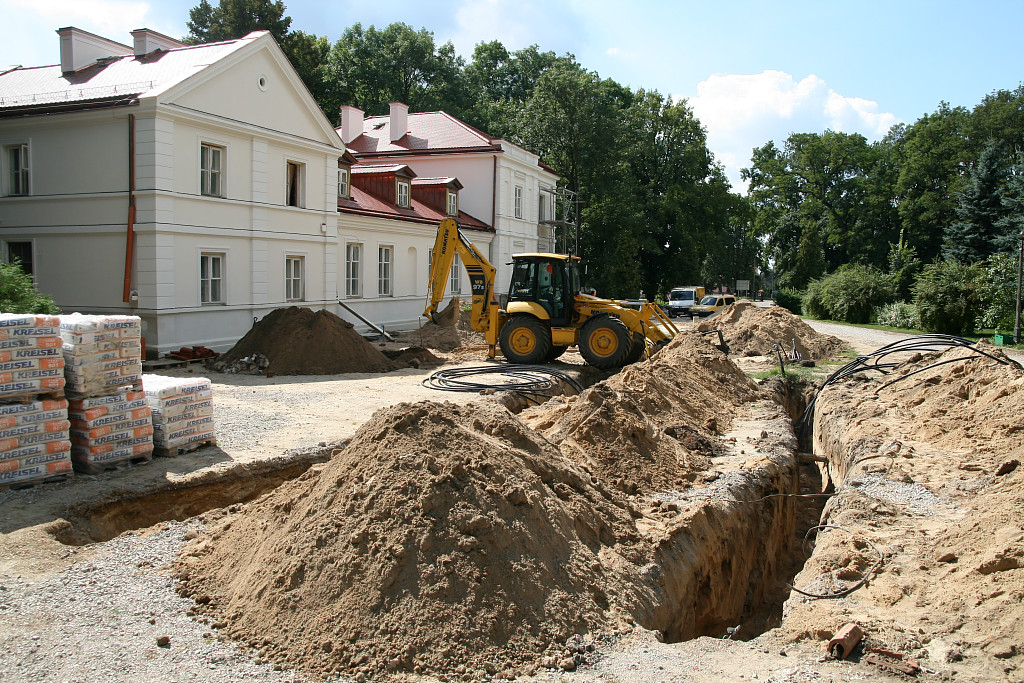 "Revitalization of the manor and park in Warka" is a comprehensive renovation project, aimed at giving the existing Casimir Pulaski Museum infrastructure a new lease on life. The work was carried out from 2008 to 2015 and was overseen by the district of Grojec, which is the Museum's administrator.

The project was co-financed by the European Union through the European Regional Development Fund (ERDF) and their Regional Operational Program for Mazovia for the years 2007-2013 (Priority 6.1 Culture), and the district of Grojec. It was completed on September 30, 2015, and closed by December 30, 2015.

4. Implementing security measures to protect the Museum against destruction and theft (December 2010 – June 2012)

7. Revitalization work on the historic park in Warka-Winiary (October 2013 – October 2014)

9. New website and a virtual guide to the Museum and park (August – December 2015)

In September 2015, following nearly five years of working in a temporary rental, The Casimir Pulaski Museum moved to their new seat – The Museum and Education Center.

The manor and park in Warka-Winiary regained its former glory, and new infrastructure for educating the public on culture and related matters opened. The modern Museum and Education Center, built in a place once occupied by old farm buildings, is a chance for the Museum to spread its wings.