VIVAT PULASKI! Picnic Regrettably Behind Us 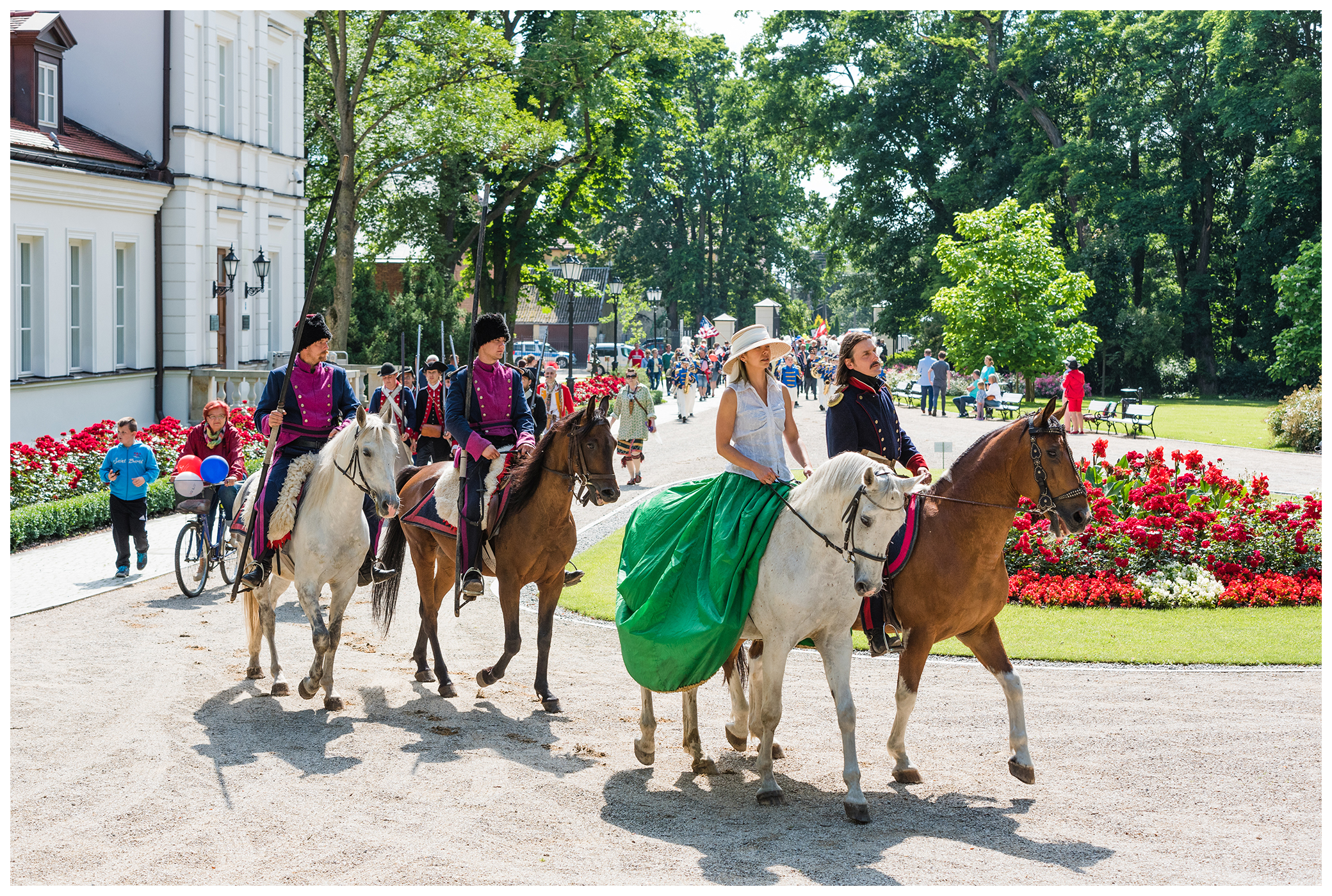 On July 2, 2017, the VIVAT PULASKI! Picnic aimed at popularizing history and culture once again appeared on Warka's cultural map. This has been the first VIVAT PULASKI! for 8 years, since the comprehensive revitalization of the manor and park, which host the event. The Casimir Pulaski Museum and W.A.R.K.A. Association would cooperate with numerous partners and sponsors to make the event happen.

This year's picnic has been looked forward to by all history lovers. After all, crowds would flock years after years with the picnic being popular with multi-generation families from Warka and its environs, but also from afar. This year, we may say it was a little more modest than before, but the number of visitors interested with Polish-American culture was impressive.

VIVAT PULASKI! started with a Pulaski Parade, which is the only such event organized in Poland. The parade went along Warka streets, from the town's square to the park in Warka-Winiary. One cannot imagine a better leader – Casimir Pulaski riding horseback with Damian Debski playing the part.

He was accompanied by military men and his beloved Franciszka Krasinska. They were followed by Moderato Town Band, who played American marches. Behind them was a historical reenactment group from the times of the American Revolutionary War and members of the Casimir Pulaski Museum staff.

Warka authorities also strode down the town streets, ahead of members of the Polish Tourist and Sightseeing Society, START PULASKI Warka Runners Club, the always fabulous ladies from the Golden Reinette Senior Group from Ostroleka near Warka and members of the POKUSA (English: temptation) Smiling Senior Club and Association.

The parade also included representatives of the ANIMATOR Association and Warka residents who persevered in the face of gloomy, rainy clouds cumulating over the town. Both during the parade and after, members of the Harley Davidson Motorcycle Club from Warsaw attracted a great number of spectators wanting to inspect their impressive bikes.

After the parade reached the park in Winiary, VIVAT PULASKI! Picnic officially opened with a concert by Moderato Town Band, who this time performed on stage and later during a military parade. Our guests could also view a series of historical reenactments, with Casimir Pulaski being the natural hero. In his efforts, he was joined by Revolutionary War soldiers, who put up a fierce fight against British forces in the Warka-Winiary park.

The event would not be whole without a symbol of American culture – rock'n'roll king Elvis Presley, who also put on quite a show. During the entire picnic, kids could play in a special kid zone, which formed a figurative battlefield for the young ones.

The museum staff offered visitors the chance to tour the permanent exhibition in the Pulaski manor for free and visit the recently opened temporary exhibition on Master Pitynski, organized to commemorate the Casimir Pulaski Museum jubilee. The commemorative exhibition features creations by the respected Polish sculptor in the United States and Poland.

The picnic concluded with a concert by BIG BAND BLONIE, playing the biggest Polish and American hits for the Warka audience, who could sing along, dance, and simply have great fun. The next edition of the VIVAT PULASKI! Picnic is scheduled in a year and we cordially invite you to participate.