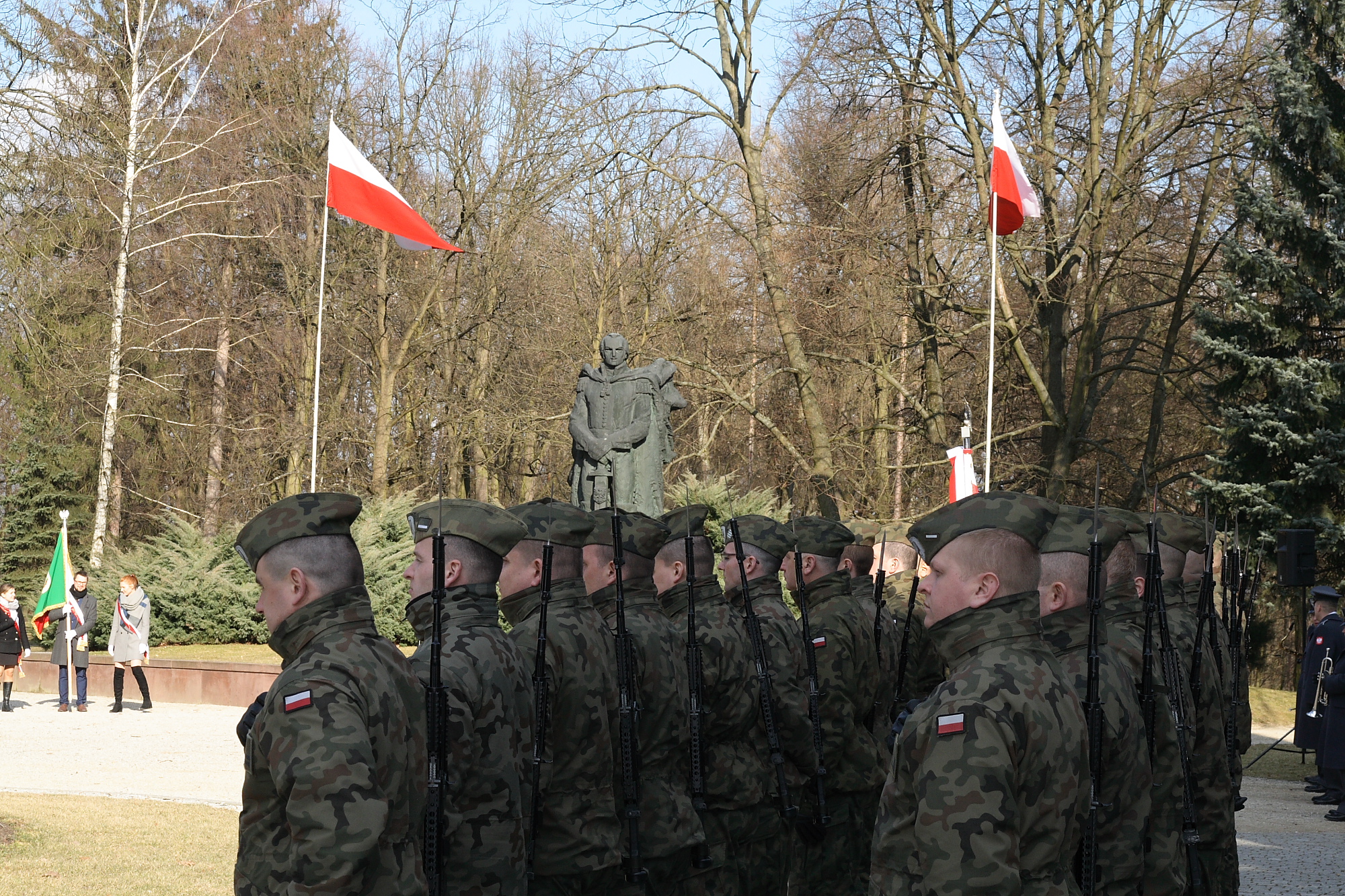 The First Grojec SIGINT Center from Ogrodzienice near Grojec and Radom Military Band both ran the ceremony in cooperation with the Casimir Pulaski Museum in Warka. The official part started with the national anthem and a memorial appeal at the foot of the Casimir Pulaski Monument, followed by a 3-volley salute. Radom Military Band performed patriotic songs, including the Polish Armed Forces and Home Army anthems.

The gathered proceeded to the Pulaski manor library, where a commemorative session of the Grojec District Council took place, opened by Head Wladyslaw Kumorek. The biggest item on the agenda that day was promoting a Grojec underground soldier Lieutenant Henryk Kowalczyk, who had received the rank of major through a decision by the National Defense Minister. With the military heading the ceremony, Military Counterintelligence Service Head Piotr Baczek presented Major Kowalczyk with the nomination act on behalf of the National Defense Minister. First Grojec SIGINT Center Commander Col. Andrzej Kozera presented Major Kowalczyk with a commemorative saber.

In the second part, Krzysztof Busse, PhD, gave a short presentation on Cursed Soldiers in the region. Dr. Busse is a historian with the Institute of National Remembrance, working in their Radom subsidiary. His lecture was followed by guest speeches. MP Dariusz Bak spoke on behalf of Polish parliament members when he emphasized the significance of observing the Polish National Day of Memory of Cursed Soldiers in such a historically important place – The Casimir Pulaski Museum in Warka. Piotr Baczek thanked the organizers for honoring Cursed Soldiers, and expressed his thanks to the local councilors for mutual initiatives aimed at honoring memories and traditions connected with the Warka region. Prime Minister Beata Szydlo asked for her commemorative letter to be read by Deputy Mazovian Province Governor Artur Standowicz. A letter by Senate Speaker Stanislaw Karczewski was read by Weronika Piwarska, and one by MP Marek Suski by Teresa Bednarska. Grojec District Governor Marek Scislowski thanked the guests, representatives, military, all those who had made it possible to hold the event, and the host – The Casimir Pulaski Museum in Warka director and staff.

The ceremony was accompanied by a tour of the permanent exhibition at the Pulaski manor, guided by Museum Director Iwona Stefaniak. Additionally, the Education and Museum Center featured two exhibitions, prepared by the First Grojec SIGINT Center from Ogrodzienice near Grojec on Cursed Soldiers and Witold Pilecki, the founder of the Secret Polish Army, member of the Home Army, and author of the first intelligence report on concentration camps in the German-occupied Poland.

Hubert Darnowski had prepared a special multimedia presentation on Cursed Soldiers. Mr. Darnowski is a student at the Education Center for Children with Attention Disorder Disabilities in Jurki near Warka (Specjalny Osrodek Szkolno-Wychowawczy w Jurkach). Pawel Piekarczyk and Leszek Czajkowski performed a concert entitled “The Return of the Underground Army” (Podziemna Armia powraca).
The organizers of the Polish National Day of Memory of Cursed Soldiers wish to thank the following organizations for their contributions: