The Polish Advisory Council in Warka 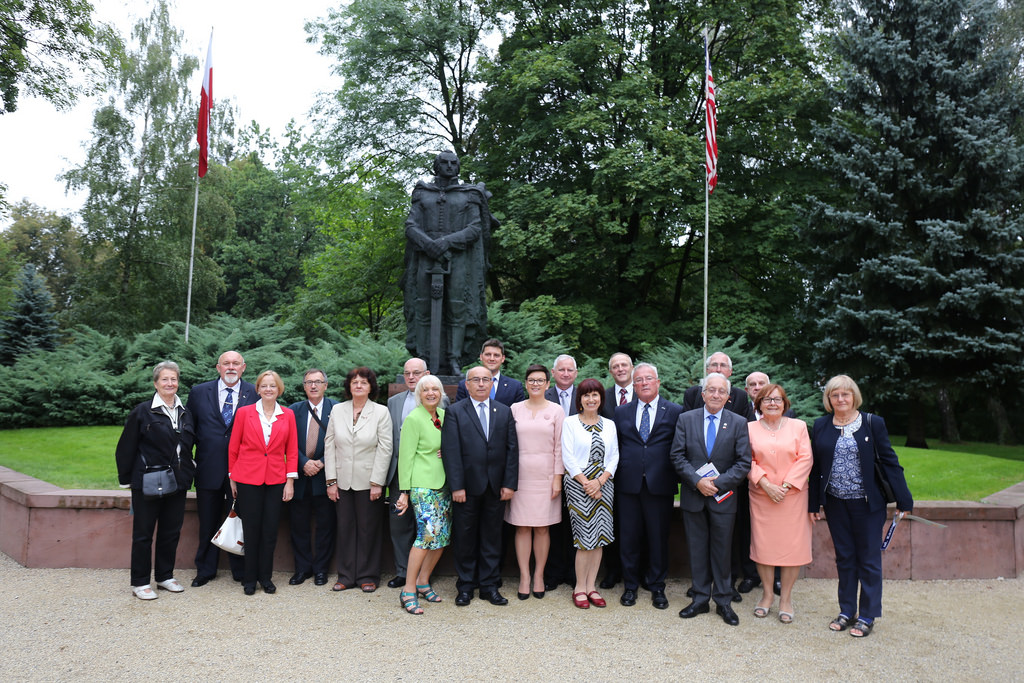 On September 5, 2016, The Casimir Pulaski Museum in Warka received representatives of Polish organizations from all over the world, including Brazil, Australia, Canada, the USA, South Africa, France, the Netherlands, Germany, Sweden, Great Britain, Hungary, Kazakhstan, Belarus, and Lithuania.

Earlier that day, sixteen members of the Polish Advisory Council (Polonijna Rada Konsultacyjna) at the Senate Speaker's office received their nominations from the hands of Senate Speaker Stanislaw Karczewski. Following the official part in the Senate, the newly appointed councilors visited The Casimir Pulaski Museum in Warka. They were joined by Deputy Minister Jan Dziedziczak from the Ministry of Foreign Affairs of the Republic of Poland and took a guided tour of the Museum led by Museum Director Iwona Stefaniak. After the tour, the councilors were invited to the Museum and Education Center, where they held discussions with the Senate Speaker, Grojec District Governor Marek Scislowski, Warka Mayor Dariusz Gizka, and Warka Brewery CEO Leszek Kaluza.

Director Iwona Stefaniak thanked Senate Speaker Stanislaw Karczewski for arranging the visit at the Museum, congratulated the councilors on their nominations, and invited them to return in the future. Grojec District Governor Marek Scislowski and Warka Mayor Dariusz Gizka joined her on the stage and also thanked the group for this opportunity. Furthermore, Mayor Gizka gave a brief description of the town, and invited the representatives to take advantage of Warka potential as a tourist destination with its nature preserve, the abundance of animal life, and rich cultural background.

After the meeting, the Polish Advisory Council went to Krynica in the south of Poland for the 2016 Polonia Forum and 2016 Economic Forum on September 6 through 8, 2016.

We would like to thank Speaker Stanislaw Karczewski for putting his trust in our organization and inviting the Polish Advisory Council to the Museum and Warka. We congratulate all councilors and thank them for the opportunity of meeting with them.